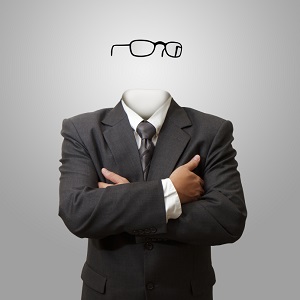 Governor Kate Brown, who just recently took office, is already taking action to close up some of the loopholes and wording that led to a recent scandal with former governor Kitzhaber and, in a roundabout way, placed Brown herself in office.

Back in February, four-term governor John Kitzhaber stepped down after it was revealed that he may have been using public office for his own personal benefit.  Cylvia Hayes, who began dating Kitzhaber in 2003, formed an environmental consulting firm 3E (which would later change its colors from a non-profit to a for-profit entity).  When the Governor retook office several years ago, Kitzhaber’s contacts began giving jobs, or sometimes creating them, specifically for Hayes’ company, regardless of their benefits to the taxpayers.

After this was revealed, Kitzhaber relinquished his position and Secretary of State Kate Brown took over.  Now, Brown has proposed three specific bills that will be introduced to the state legislature this session.  Governor Brown identified three areas she hopes that the laws will help to address, including making sure that public records laws continue to serve the public they are meant to, clearly defining the roles and limitations of the First Partner while in office (as well as changing language within those clauses to reflect more modern circumstances, such as where a man might be the first partner), and to strengthen the ethics of those held accountable by the laws themselves.

The first, Senate Bill 9, would require the State Auditor, a member of the Secretary of State’s office, to take inventory of and audit the track records and effectiveness of various state agencies in responding to public records requests on a regular basis.  Brown says that the bill would help to gather information which could be used to propose meaningful changes to public records law and shore up ineffective or even deceitful practices.

The other two bills (HB 2019 and HB 2020) serve a number of purposes, largely having to do with the Oregon Ethics Commission.  The bills would add more clear guidelines on who could appoint members of the commission and how they would go about doing so.  The bills would also help to make clear expectations for the investigative process when a suspected violation occurred.  Finally, the bills outline exactly what the First Partner of the governor can and cannot do, and lays out clearer penalties for those found guilty of using the public office for personal gain.

Brown says that all of the proposed steps are meant to foster trust and transparency.  Indeed, the bills are likely a smart move for the newly appointed governor, and will help to legitimize any claims of working toward the greater good of the communities and the state that she serves.

Brown herself was taken by surprise by the appointment, as Kitzhaber had remained adamant through the early stages of investigation that he had no intentions of resigning.  Eventually, however, Kitzhaber admitted defeat and Brown was called back from a trip to Washington D.C. to be sworn in.