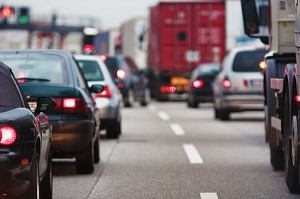 Infrastructure is a large consumer of tax revenue each year.  This is especially true for cities like Portland, Oregon, where millions of pounds of vehicles will rumble over the asphalt each year.  These road damages, and the repairs that are subsequently required, cost a lot of money, maybe even more money than state and municipal governments have to spend on them.  At least, that’s the story according to the Portland Bureau of Transportation (PBOT).

In response, it’s crafted a plan that would charge fees to various entities in neighborhoods around Portland who use the roads, especially for commercial purposes, and then use those fees to help offset the costs of road repair and improvement projects.  The general logic makes some sense as long as the numbers add up.  In an effort to make sure that they did add up, Southeast Uplight (SEUL), a group representing numerous neighborhood associations in Portland, submitted a public records request.

The request was fulfilled, but what they received was far from satisfactory, according to association president Robert McCullough.  He says that, after some delay, PBOT got back to him with three small spreadsheets.  According to McCullough, “it is impossible to use these materials to calculate the values in the Portland Commercial Fee Table.”  The table he’s referring to, presumably, is the one that specifies how much businesses are required to pay in order to accommodate their share of the proposed fee.

According to McCullough, SEUL has concerns about the amount that the government organization is asking of local business owners, and it’s afraid that some small businesses may be misclassified under PBOT’s definitions, causing them to owe more than their fair share.  The main users of local roads, and the most damaging, are large commercial cargo delivery trucks, which many small businesses will never interact with.  For this reason, some SEUL members are concerned that they will end up getting charged for a portion of the damage done to roadways by these large commercial vehicles.

When McCullough brought the concerns to PBOT, he was told that the organization had done its best to choose relevant spreadsheets to comply with the records request (implying perhaps that not all available information had been provided).  The implied evasiveness, along with PBOT’s subsequent suggestion that SEUL file a lawsuit if they thought their request hadn’t been properly responded to, leaves more than a little room for doubt.

For many residents and business owners, the lack of transparency points to the potential for abuse.  Indeed, the plan has been fast tracked with a vote on the proposed law change in early to mid-January.  McCullough and his group will certainly voice concerns and be watching the progress of the bill closely.

As for the bill itself, PBOT expects to raise roughly $40 million per year from the fees.  Even the total amount projected has come under fire as potentially unnecessary, as the cost of repairing roads has fallen greatly since the inception of the bill (as evidenced by recent gas and petroleum product costs).