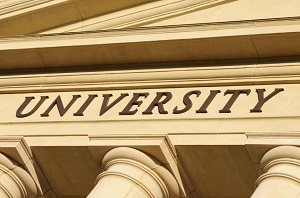 As part of the publicly funded education system in the state of Florida, public universities and colleges are subject to the state’s ‘Sunshine Laws’, a series of legislation that ensures that the goings on of public institutions are open to viewing to the public. Every state has similar public records law, with various modifications in reach and usage.

Unfortunately for the concerned public, however, things aren’t quite working as intended. Universities, though public, can make use of private organizations for things like their athletic programs, constructions projects, private contractors and more.

In an even more bizarre turn, some of these private bodies even oversee things like salary distribution, obscuring one of the most important aspects of an institution’s public records. Because these are technically private corporations, they aren’t under any obligation to follow public records law, and can therefore refuse records requests about their day to day operations.

What’s most concerning is that these corporations are still being funded through tax payer money, which is filtered through the university to which it was originally allocated. That money is supposed to be traceable in order to hold those in charge of its use accountable, a task made increasingly hard by Sunshine Law dodging.

Worse, is that there is a seemingly double standard with these corporations in which they are considered private for the purposes of public disclosure but then “government agencies” when considered for punishment in litigation. According to Florida law, when a government agency loses in court, it is only responsible for paying up to $200,000, even if the jury opted to award much more to the plaintiff.

In a recent case, one of these contracting organizations working with the University of Central Florida paid just $200,000 in a negligence case, despite the jury awarding $10 million. The corporation was able to successfully argue (somehow) that it should be considered a government agency for the purposes of courtroom sentencing, and thus protected by law concerning government bodies.

Similar corporations have sprouted up in other states too, and Florida’s not alone in either its issues or its decisions on them. Many states have opted to agree with Florida in saying that these corporations are private and are not subject to public records law. On the other hand, other states, like Ohio, determined that the corporations were working as an extension of the publicly funded university and were therefore considered government agencies when it came time to post up public documents.

Some families have gone so far as to appeal courtroom decisions and even sue the corporations on the circumstances regarding the “double standard” some organizations in the state seem to be operating under. Many such suits are still pending, and it is unclear which way they’ll be decided. In any event, Florida state lawmakers are likely having a long think on how they can tackle the issues, as public pressure will likely soon bring them to the forefront of the legislative schedule, especially with the support of students and their families.