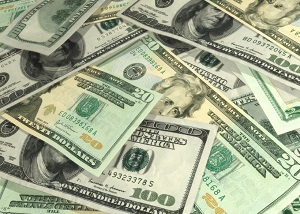 There is currently a mail solicitation circulating around the Bay County area from a company calling itself the “Record Transfer Services.” The company offers individuals a copy of their property assessment profile and a copy of the deed to their property for a fee of $83.

When news of this company reached Dan Sowell, Bay County Property Appraiser, he immediately posted a notice on his website to urge the public to save their money, and not fall for this scam because the information is readily available on his site at no cost to the inquirer. Sowell illustrated that on the bottom of the company’s solicitation, it reads that the information they’re providing is online.

However, Sowell described the company as a scam because the notice informing readers that the information is available online is deliberately obscured and formatted not to be read.

Sowell declared that his primary concern is that those who don’t read the notice at the bottom of the offer, or don’t fully understand how readily available the information actually is, will be wasting their money.

He continued to offer his opinion of the service, stating that he doesn’t believe that the company is fraudulent, but they are simply trying to take advantage of someone who isn’t well informed on how available the public records are. The Bay County property appraiser criticized the Record Transfer Services as a company that is just trying to get someone to send them a check for $83.

Sowell isn’t the first person to accuse the Record Transfer Services of being a scam. They have been the subject of 12 complaints to the Better Business Bureau in the past three years. The company has operated in South Dakota, Delaware, Michigan, Wisconsin, and California.

A records clerk with the Milwaukee County register of deeds office, Sherieda Wilder, stated she gets weekly inquiries about the solicitation offered by the company. She cited instances where people have paid but never received any of the documents promised. Wilder said that some people don’t even bother to call and investigate the validity of the company, but rather just send the fee upon initial viewings of the mailing.

The Wisconsin County Register of Deeds Association is drafting a bill, Assembly bill 592, to require companies like the Record Transfer Services to identify themselves plainly, on the top of their documents with large print, that they are not from a government agency and the recipient has no legal obligation to participate in the service. Hopefully, this will drastically reduce the number of companies that charge people for information they could get for free.