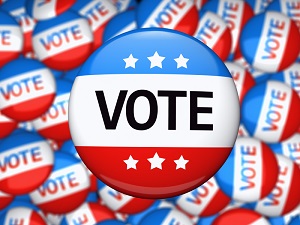 It wasn’t long ago that governor Jerry Brown, along with the California state legislature, finalized a nearly $100 billion dollar state budget and were ready to move on to other business when protests began to spring up across the state. The public had caught wind of a caveat inside the budget that allowed local governments to deny public records requests because the state wouldn’t reimburse them for the costs associated with retrieval. Of course, the state government was quickly made to change its direction under the pressure of public opinion and outrage, and they eventually brought back, temporarily, the funding for public records requests.

In order to make sure such an ordeal never rears its ugly head in the state of California again, residents will be voting on Proposition 42, which would require local governments, counties, cities, schools, etc. to bring their policies in line with state law, opening their meetings to the public and allowing for public records requests to once again be accommodated. In the new bill, local jurisdictions are also expected to allocate their own funding for ensuring compliance.

Californians will get to vote on the measure on June 3rd, and, currently, the bill is expected to pass without much opposition. Most people seem to view the issue as fairly black and white – no one really wants to have records they need withheld because there isn’t enough money in the budget. The core of the issue boils down to transparency and accountability, and most people simply aren’t happy to hand over their influence on those two things without a fight. As it stands, there won’t be need for much of a fight anyways.

Many groups, who agree with the core idea of the bill, like the League of California Cities, think that it might need some tweaks before they can fully endorse it. For one, the cost of paying employees to keep and locate public records has to come from somewhere. Some groups believe that the federal government should be paying, or least helping to pay for these costs. On the other hand, taxpayers in districts with low volumes of public records requests might not want their tax dollars eaten away at by higher costs – in areas like big cities, for instance.

In an economy that’s been struggling for years, cutting costs is commonplace in most state budget proposals, and public records aren’t always viewed as high up the list of “necessary” goods and services. That said, local newspapers have pointed out, in the time since the original budget caveat came to light, that this kind of unrestricted freedom to deny public records requests could be an invitation for local governments and officials to “run amok” – a theory that gained credibility when the LA Times recently reported the exorbitant salaries of public officials in the LA suburb of Bell.

In the end, a passed bill will likely lead to more debate and revision on where funding will come from, and the challenge looks to be taking those dollars from some other allocation the voters deem less essential. Whether they get it right or wrong, at least they’ll have a say.