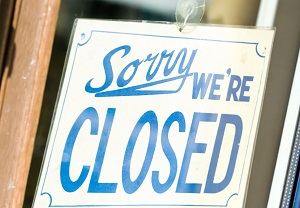 If you don’t live in Washington, D.C., you might not have ever heard of Potomac Video, a small video rental shop that’s had its doors open for the past 33 years, since 1981 when it opened. Last week, however, the shop is finally surrendering to the pressures of online streaming and kiosk rental services like Netflix and Redbox, going out of business once and for all.

So what’s the big fuss if a small video rental store is closing, especially if it’s thousands of miles from your home? This particular store has quite the history, especially when it comes to public records or, more specifically, privacy law.

Back in 1987, President Ronald Regan had just nominated one Robert Bork to sit on the Supreme Court. As often happens to those nominated to the country’s highest court, Bork soon himself the subject of scrutiny from the public and journalists alike. Bork’s connections to the Watergate scandal, among other things, had earned him some harsh words from opponents.

One journalist at the Washington City Paper, Michael Dolan, was prompted to investigate after reading about Bork’s unique stance on privacy. A staunch constitutionalist, Bork didn’t believe strongly in any personal privacy guarantees that weren’t specifically outlined in a particular law.

Playing on the nominee’s own stance, Dolan took a peek into Bork’s personal life by visiting the Potomac Video store near his house and requesting a record of the films that he had rented. As there was no law specifically preventing this at the time, the clerk handed over Bork’s rental logs going back two years.

Dolan would find that Bork had rented 146 tapes in that time span, but that none of them were particularly shocking or incriminating. Even so, Dolan published a sharply worded article that drew attention to just how easy it had been for him to get someone else’s rental information, and by extension how other personal records might easily be uncovered.

A year later, Dolan’s article had prompted congress to pass the VPPA. This legislation, to this day, continues to rear its head. In fact, many new age streaming and rental services have had a run in with the 1988 legislation.

Both Blockbuster, before it closed, and Netflix have faced suits as customer information was made available in various advertising deals. Netflix argued that the data it used was packaged in an anonymous manner so there was no way it would be able to be tied to an individual.

More recently, online streaming service Hulu has been caught up in a back and forth battle over whether it has violated the law with regards to its users privacy.

After a fuss from Netflix and its users, legislators did modify the VPPA in 2011, though there continue to be conflicts from time to time.

The roots of all of this, however, still lie in Dolan’s visit to Potomac Video over three decades ago. The resulting legislation, while based around video viewing habits of private citizens, has presumably lead to other forms of media consumption being fitted for their own protective laws, especially as viewing technology continues to advance at a rapid pace.