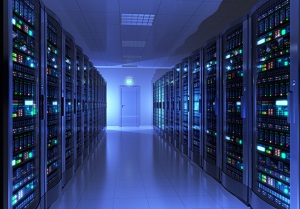 A new law could save counties in Pennsylvania thousands of dollars by storing court records electronically. This law would help modernize storage and save money by limiting the process and storage of paper copies and microfilm.

State Senator Matt Smith said it will save the state a significant amount of tax dollars. It is estimated that Allegheny County alone could see a saving of $230,000 annually in storage costs.

Smith’s idea to update storage methods for each county was first placed in a Senate bill he had sponsored. It was added as an amendment to a House bill approved by both the House and Senate. It was signed by Governor, Tom Corbett in July. It will take effect August 8.

Smith believes most counties will opt in for the digital storage. Pennsylvania law currently requires court records be stored by paper or microfilm. This requirement is costly and requires an exorbitant amount of storage space for a department that is already scanning and saving every piece of paper it receives electronically. Allegheny County stores all of its records downtown in the Allegheny County Courthouse.

County Manager, William McKain, recently told council members that Smith’s proposal was at the top of his legislative priorities for Harrisburg. It also has strong support from Allegheny County Executive, Rich Fitzgerald, the County Commissioners Association of Pennsylvania, and commissioners for Montgomery County.

The Pennsylvania Historical & Museum Commission, based in Harrisburg, will actively work with the Administrative Office of Pennsylvania Courts to develop standards to digitally retain permanent records. The approved format will be a type of portable document format. Supplementary standards regarding storage, security, and methods to prevent tampering are being finalized.

It is believed to affect both older and newer records. If the judicial records are in the correct electronic format, all paper copies can be destroyed, with the permission and oversight of the commission.

She said it has been very frustrating for governmental offices that handle approximately 15,000 new criminal cases annually, to have to use microfilm documents. These documents are from completed cases that have already been electronically scanned into a document imaging system. She further stated that there is a lot of money spent for storage and filming of documents that are already easily available in electronic form.

A date for when counties can start using electronic archives still remains to be seen.  A spokesperson for Allegheny County said the Court Records department is awaiting direction from the state.

A spokesperson for the Administrative Office said the agency is currently consulting with the Pennsylvania Historical & Museum Commission.

The commission is still unsure of a target date for completion of the necessary steps. This includes gathering best practices, developing a set of standards, and having them approved and sent to county record keepers.