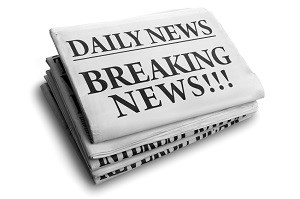 Sometimes it just seems like journalists can’t get a break, at least in the public records arena. And when one finally gets a win, it’s short lived, or at least hotly contested. Gannett, which owns several newspapers including the Home News Tribune, the Courier News, and several other local publications, recently found itself in such a situation.

In 2012, in what had been one of the most costly public records fights in modern history, the Raritan Borough of New Jersey was ordered to pay a massive $590,000 in legal fees for Gannett after losing its case. The case centered around requests to access employee payroll records in a digital format. Submitted by reporters, these requests were denied and they argued that refusing to provide them was illegal. When the case went to trial, it was determined that indeed the Borough had been in the wrong.

Fast forward to this week, and Raritan is appealing the decision. Regardless of what they’re saying about the decision itself about the legality of denying the request, they do make one very interesting request about the severity of the reward: Because they are a small Borough, the court has essentially asked their taxpayers to pay the legal fees of an opponent to which they lost in court.

To most, this hardly seems fair, but figuring out an alternative is also murky and uncertain… and probably not likely to happen. The ACLU has also now become entangled in the case, largely in an attempt to keep Gannett from being left high and dry with its own legal fees, as it might be if the decision were to be altered, let alone reversed altogether.

The problem with any sort of appeal of the decision, they say, is that it is required by law that, in Open Records Act cases, a defendant pay a successful plaintiff’s legal fees. The award amount may be high, but it’s not excessive or disproportionate because it accurately reflects the legal costs incurred throughout the extensive process of litigating the case.

They also made the point that if public bodies were immune from having to pay damages in such suits because they hid behind the “it’s taxpayers’ money!” argument, there would be no damages ever paid out, and there would likely be no transparency of public records either.

Other aspects of this case that make it tricky are some of the minute details. For example, the newspaper requested records in a certain format for their own records and ease of reading, and this format, rather than the records altogether, were what was refused. That said, Gannett was able to show in court that Raritan had access to the requested materials through a third party payroll vendor, and knew they had this access, but still would not comply with the request.

The ACLU argues that the specifics the Borough hid behind during litigation were a thinly veiled attempt at changing the laws themselves. For the time being, no decision on the appeal has been made.