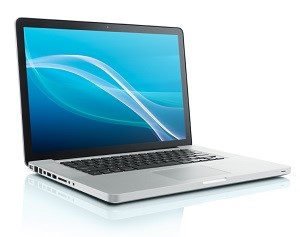 Just like any other state, Kentucky has provisions in its laws allowing for the public to inspect the records of public officials and bodies at will. This can include business applications, property transfers, birth records, or the meeting schedules of elected officials. Legally, the state is required to allow any citizen to inspect these records for free (though there are a number of record types which are sealed off from the public, often due to national security statutes). If a member of the public wants to obtain their own copy of the records, however, they must pay for the time it takes to gather and reproduce the records.

In most cases, this isn’t much all, and Kentucky law actually recommends that administrative offices charge around $.10 per copied page of information. In some cases, offices and administrators are allowed to charge more for public records reproduction, but they have to be able to prove that the costs of making copies of the records is proportionate to the amount being charged to the requestee. There is a caveat that allows for charging more money for public records reproduction, but it only applies to requests which seek to use the obtained information for commercial purposes. For these requests, the law stipulates that “reasonable costs” must be used. Of course, what is or isn’t reasonable can be hard to determine.

Now, the state is facing an entirely new public records battle in the way that they handle the reproduction and pricing of online public records. Many states have sought in recent years to bring their public records retrieval methods into the 21st century by making them digital. Digital records can not only also be searched quicker in general, but can be provided to those who request them in digital form – in theory, this cuts down on both costs and wasted resources.

Unfortunately, the costs associated with these new digital retrieval services are sometimes anything but “reasonable.” Making matters even more complicated is the fact that Kentucky is comprised of 120 different counties, each of which are allowed to handle their own public records operations and protocols independently under the current law.

The Atty. Gen.’s office recently released a biting statement, for example, stating that Nelson county’s digital solutions and fees were exorbitant. In response, the County Clerk said that administrative costs and privacy concerns were two of the driving factors behind their uncharacteristically closed off policy on public records and high prices. As for the latter argument, privacy should not realistically enter into the debate since state laws already stipulate which documents are considered too “private” to be released as public records.

As for costs, other states are struggling with the same thing: when the cost of obtaining computer equipment, operating it, and producing records are factored in, it’s easy to see how cost estimates might initially be higher than their old-school counterparts. That said, many of the operations that public records requesters are paying for are run by the computer itself and after clicking a button can be done independently of any human interaction. This makes it hard to justify paying the hourly wage costs often associated with retrieving public records.

While the state does not have any set-in-stone plans to standardize the digital records systems of its counties, increasingly frequent debates like this one will likely lead there in the end.