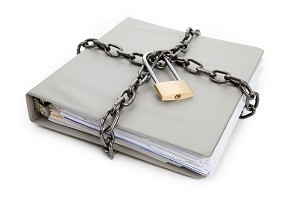 Public records have, for a long, long time, played an important role in democratic governments.  This fact is certainly true in the United States, where each individual state has its own so called “Sunshine Laws”, which help to shed figurative light on governmental bodies and their proceedings.  Unfortunately, there is a constant tug-of-war between these laws and the governments that they regulate.

Now, the state of Illinois is facing legislation that could drastically change the ability of private citizens and other entities to request public records.  Lawmakers are set to take their holiday break starting next week, but there’s one last set of bills on the table before the seasonal break.  Specifically, there is a bill that would restrict the volume and types of public records requests that governmental agencies would be required to comply with.

The bill is meant to target so called “voluminous” requests in which hundreds of documents are requested.  The bill would limit requests to 500 pages of information.  Furthermore, agencies could refuse to comply if more than five requests were issued within a 20 day period.  Finally, organizations could charge up to $100 to deliver the requested records in digital format.

Outrage has been slow to come, but (ironically, given the nature of the bill) public knowledge of the details of this legislation aren’t widely known.

The reasoning behind the bill is to help to stop people from bogging down government agencies with excessive, ridiculous, and constant requests for records.  Admittedly, some people like this exist… but the reality is that they make up a small percentage of the requests that an agency will have to field.

The concern is that this legislation is a thinly veiled attempt at avoiding public scrutiny.  Indeed, the public in general these days expects more transparency from their government, and when dirty laundry is aired, people find out quickly as information is quickly posted throughout blogs and social networks.

One big sticking point for the bill will be how a requesting entity is defined.  Newspaper companies, for example, often need to routinely make public records requests throughout the process of their research.  That said, if a newspaper is limited to only a few requests per month, there will undoubtedly be outrage and pushback in the name of freedom of the press.

While we don’t know the exact stipulations of these limitations yet, there would have to be explicitly stated exceptions for press organizations and others who need to access such records in their line of work.

The other big problem is going to be price.  In most every state’s current law, there is a provision that requires agencies to not charge more to those requesting public records than the actual expense to research and prepare them.  The idea that an agency can charge $100 for putting information on a flash drive, however, seems a little shady.  Public records costs aren’t allowed to be prohibitive to the retrieval of records, or they risk boxing out people and organizations without deep pocketbooks, effectively putting government transparency behind a steep paywall.