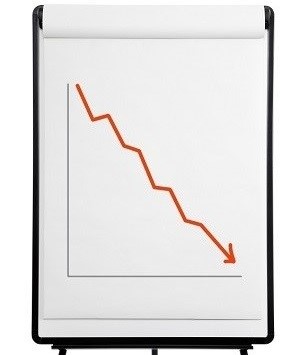 In Boulder County, Colorado, public records requests will no longer cost extortionate amounts to carry out. At least, that’s the idea. According to Boulder Weekly, several complaints over the last year and a half have led to the county being pressured to revise its policy completely. Up until this point, charges in the multiple thousands of dollars were not at all uncommon, even for relatively small and simple document requests.

The policy change, which will cap all public records requests charges at $30 an hour, is a major step toward reinstating accountability among government organizations. Over the lats few years, many say, the government has been able to escape any oversight at all by charging fees that are far too high for the average citizen or journalist to afford.

Oddly enough, this kind of behavior is already in violation of the state’s Open Records Act. Even so, the Governor just signed into law HB 14-1193, the public records costs amendment. Before, it was estimated that the costs of public records retrieval were upwards of $275 per hour for inquirers. Making the barrier for usage even higher, the services required a minimum of one hour. Effectively, public records in Boulder would never cost less than $275. Now, however, in addition to the cap on rates, the first hour of public records requests work will be conducted for free. The governor and supporters expect that this will help accommodate the vast majority of requests in the county, as most requests from individuals are as simple as spending a few minutes searching through an email inbox and pressing print a couple of times.

Supporters of the bill include groups like the American Civil Liberties Union, Common Cause, and other groups representing journalistic and media bodies and their rights. Under Boulder’s own city/county laws, public records requests and the work that goes into them are to be recorded and documented for accurate billing. Unfortunately, various bodies have become notorious over the last few years for giving a high estimated cost for a certain request, and then simply charging the originally quoted amount exactly without actually checking to see what went into the request in the end.

For some reason, these city charter laws are largely ignored and the requests from individuals and media outlets for a breakdown of the costs going into a request have been categorically ignored. While an official statement hasn’t been made, the interested parties are simply strung along until they stop asking. For these reasons, the new bill, which seeks to guarantee transparency through ease of access to records, may fall short of its mark. If city and elected officials are not holding those under them accountable, they face very little risk of prosecution or legal action follow-through as a result of ignoring these laws.

The situation is frustrating for many Boulder taxpayers, and they aren’t the first, nor will they be the last, to face such roadblocks from their local officials. The debate over the ideal of public records transparency is ongoing, and many jurisdictions across the country find themselves embroiled in similar battles.